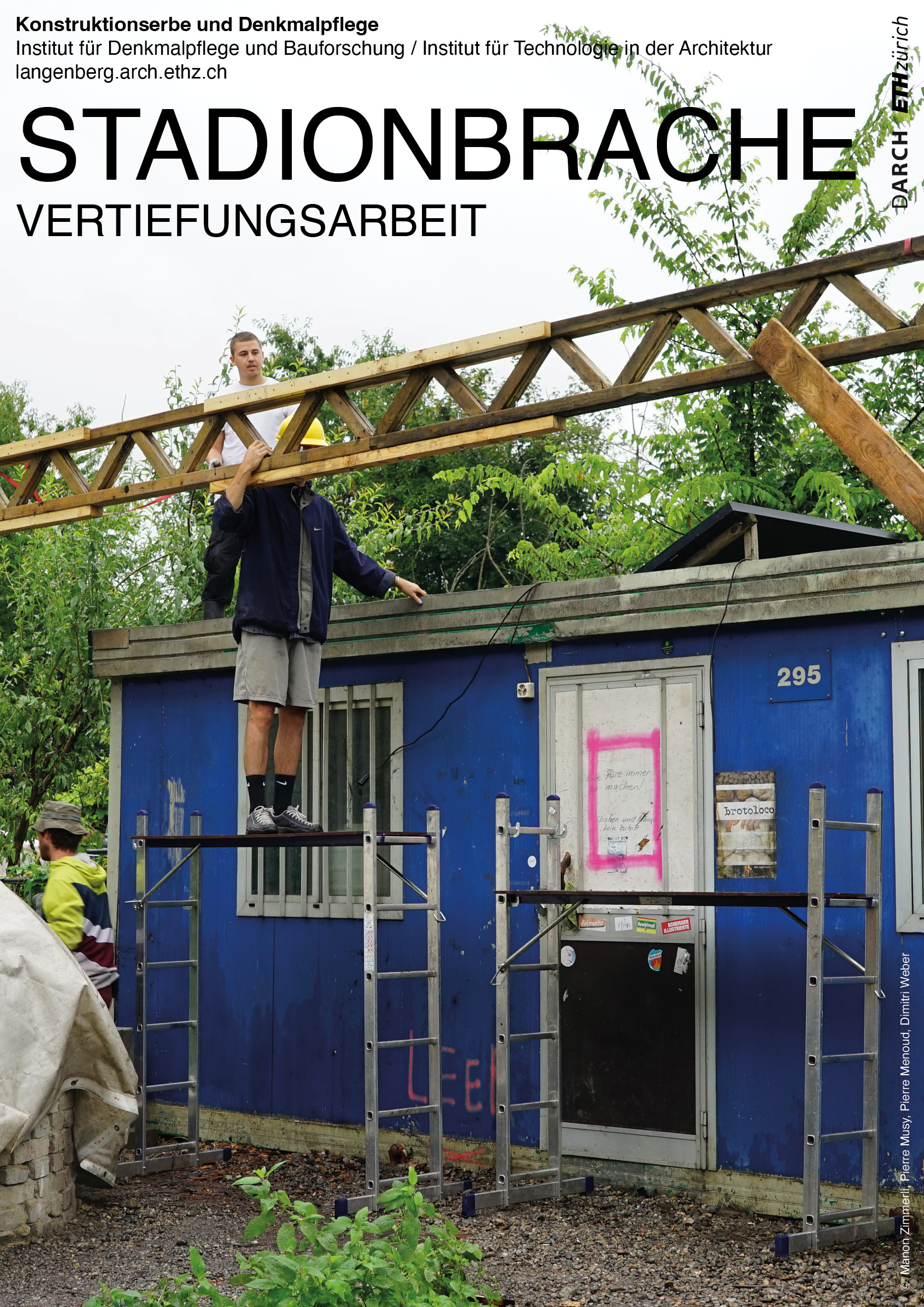 At the end of June 2011, the City of Zurich loaned the area to the Verein Stadionbrache as a non-commercial interim use that is compatible with the neighbourhood until construction of the new Hardturm stadium begins. Since July 2011, the fallow land has been opened by this local Verein to all kinds of visitors.

The DACH at Stadionbrach is part of an ensemble of small constructions in a luxuriant oasis of nature. It is surrounded by an industrial area on one side and social housing on the other side. In Winter 2020, the main roof of the complex was destroyed by heavy snowfall. Its main role is to shelter an open-access pizza oven, a wood storage and a kitchenette. After the completion of a provisional roof, the Verein asked the students to ecologically transform the remaining roof of the complex with minimum production effort and use of new materials. Therefore, the project seeked to develop simultaneously the reconsideration of the existing, its possible refurbishment, the re-use of materials and finally, the recycling of the waste.

Material hunting lead the design approach. Through contacts at Freitag, it was possible to obtain tarpaulin which would later be transformed into the roof covering, whereas abandoned wooden trusses were collected in La Chaux-de-Fonds. Moreover, the screws and the columns from the existing structure were re-used as long as their condition permitted. Finally, the addition of the DACH served as reinforcement for the existing structure, which lacked stability. In parallel to material research on reuse, recycling and refurbishment, an analysis on the sourcing of materials was conducted.

Through structural, economical, ecological issues and human errors, the project was continuously adapted until it only followed the rules of the site. There was always a difference between what was envisioned before, and what was produced during the workshop. Thus, the DACH can be interpreted as a hybrid between “bricolage” and “ideal” architecture; a modern day primitive hut within the brutality of the city.