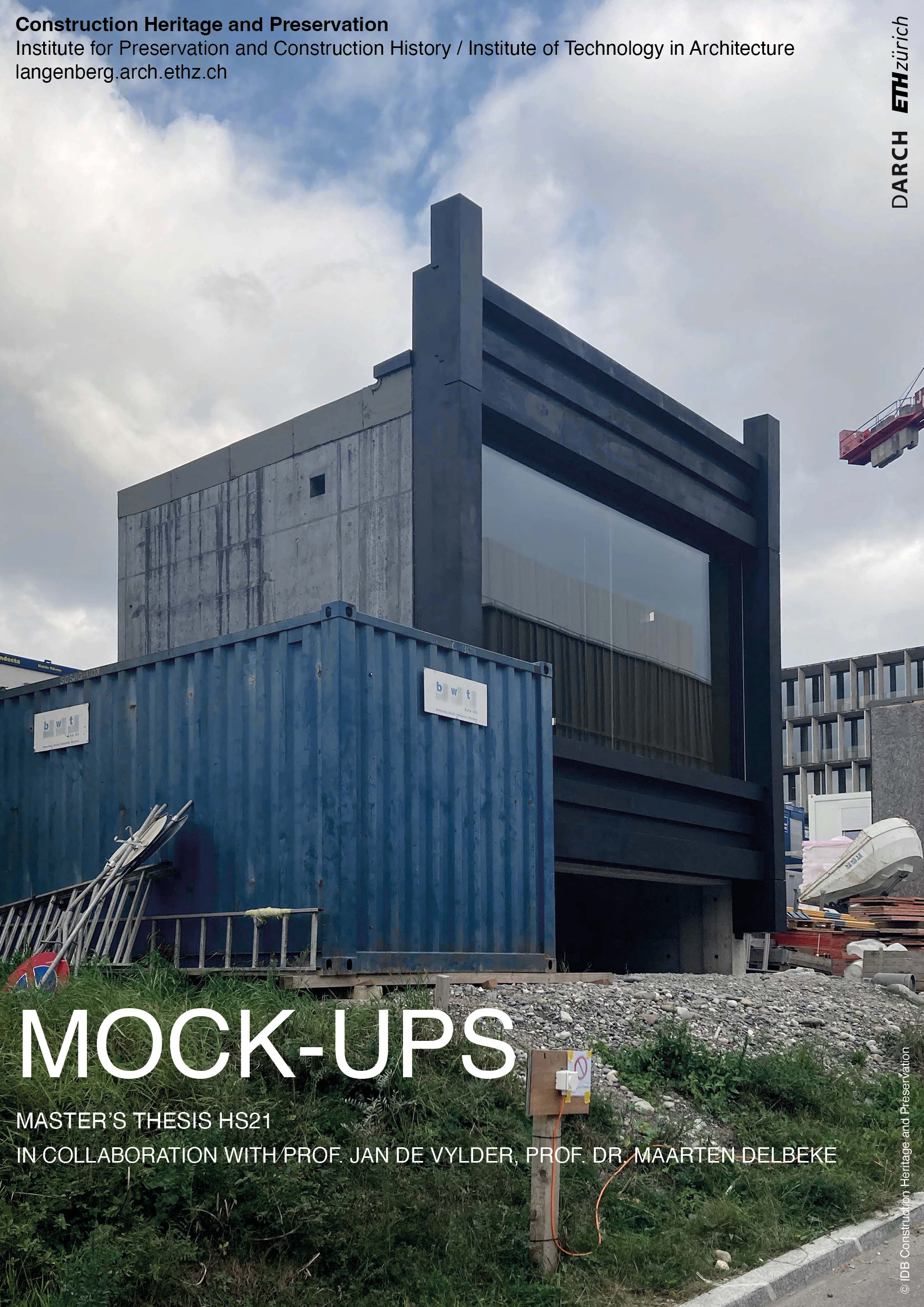 What Baugespanne indicate on a rather abstract, legal level, MOCK-UPS are representing on a graspable material reality, revealing what a building and its facade all can be and will be. They are a spark of architectural ambition, the hope to exemplify, often a device to test, but surely a backdrop for the upcoming development. A preface, an object of representation, with no real spatial ambition, but interest in surfaces and joints.

But what do these objects actually represent?
And what do they stand for?

Usually, a MOCK-UP gives a glimpse of the facade of a building— an element that seems to become more and more the most developed part of a building. The facade often combines the rather architectural expression of a real need—to close off and open at the same time—with a highly technical development in today’s standards. From climate to acoustics, they express and celebrate technical innovations without really questioning.

So, which ideologies are connected to a MOCK-UP?
What do they actually tell us from its mere presence?

This diploma studio will look at these fragments as if they were prisms, refracting the world that lays behind the object. We want to study MOCK-UPS in Zürich in all their characteristics and ambitions, to not only find out what they really mean—or intend to mean—but also what can be discovered if we look at these objects from the right angle, taking them seriously on every level.