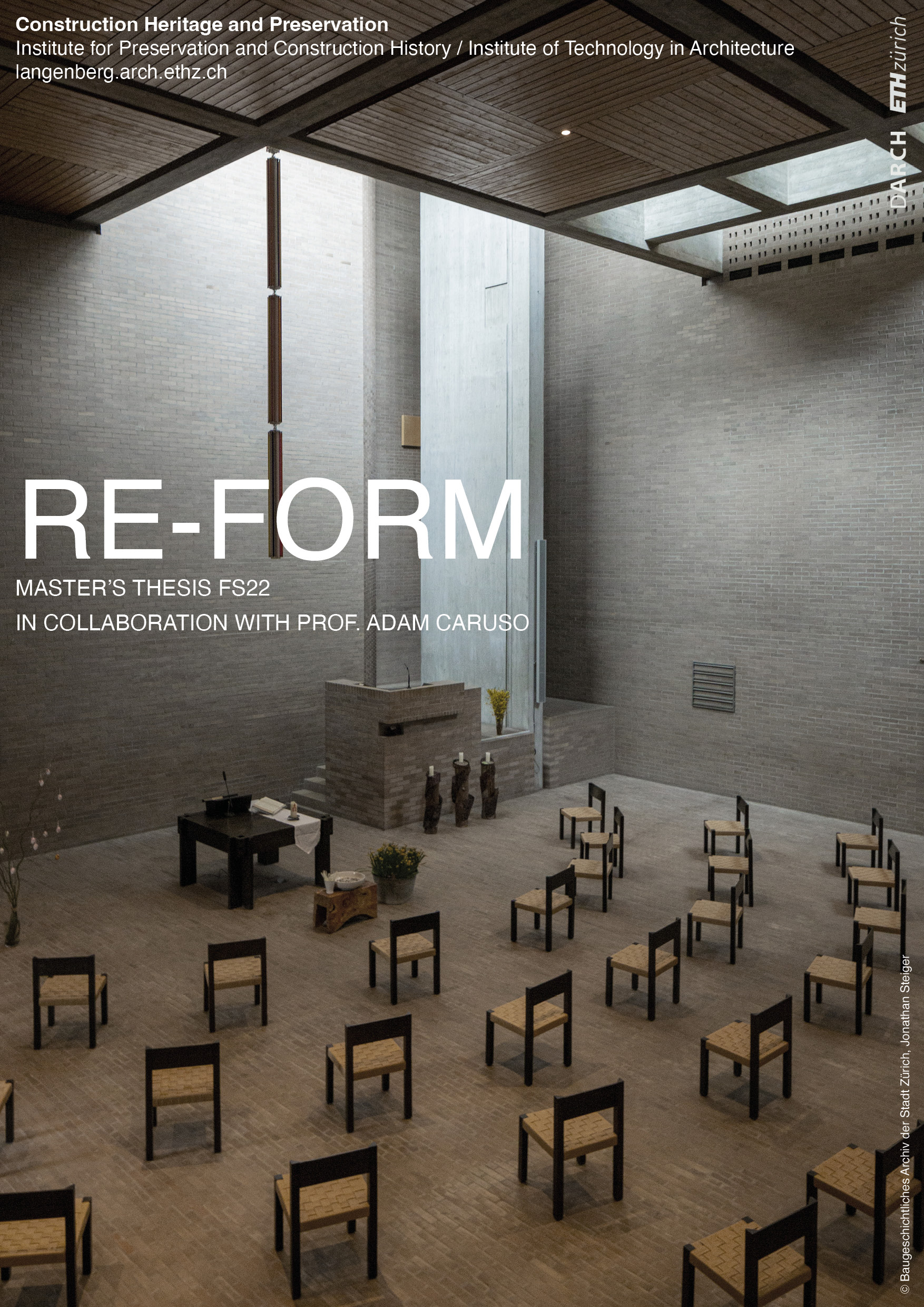 Most of Zurich’s 49 protestant churches are underused, some of the largest like those at Enge and Wollishofen only used during Easter and Christmas. Many of these churches are spatially generous and full of special qualities in their architecture and in their furnishing. The churches also encompass substantial precincts, some grittily urban and others parklike in character. At the same time, most of the churches are protected monuments. The situation of almost empty churches in not unique to Zurich and is common throughout western European towns and cities.

The Swiss Reform Church still embodies the radical inclusivity and social engagement that were part of Hudrych Zwingli’s revolution at the beginning of the 16th century. The city’s churches provide shelter and care for society’s most vulnerable whatever their religion or nationality. The contemporary church is also in close dialogue with the city and other social providers in Zurich. A more intense and productive use of their buildings could broaden and intensify these dialogues.

This diploma will begin with the historically and architecturally rich fabric of these churches, closely surveying the physical at the same time as speculating how the tangible and the spiritual co-exist and support each other within the bodies of these structures. We will also engage with the church’s current social programmes, as well as seeking out complimentary groups to develop both strategies and architectures that more fully exploit this social and spatial public resource that lies within the city.